So we arrived in Irkutsk, had our Russian breakfast and we headed to Listvjanka- a village where we wanted to start our 3 -day trekking along a western shore of Baikal Lake. From Irkutsk there are lots of cars (called Marszrutnoje taksi) that go to Listvjanka, so you won’t have any problem to catch one. When we arrived in Listvjanka we found a local tourist office and asked about the trekking that we can do. As well we bought a map in order not to get lost as we were doing it on our own 😀 And of course we bought tones of food for 3 days and … some local vodka in order not to get cold during the night 😉

Normally, all local agencies propose this trekking from Irkutsk to Goloustnoe and then Listvjanka, however we did it opposite way 🙂 We started in Listvjanka and ended up in Goloustnoe. 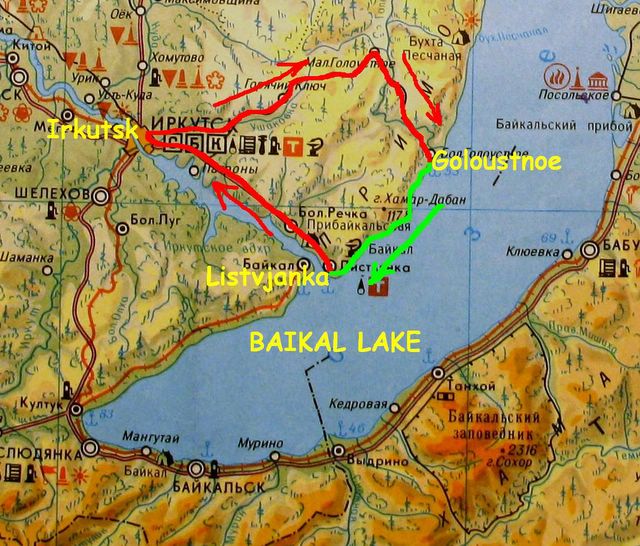 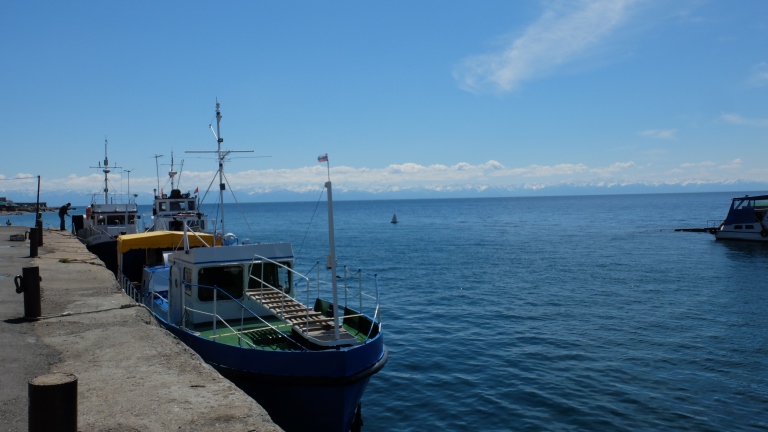 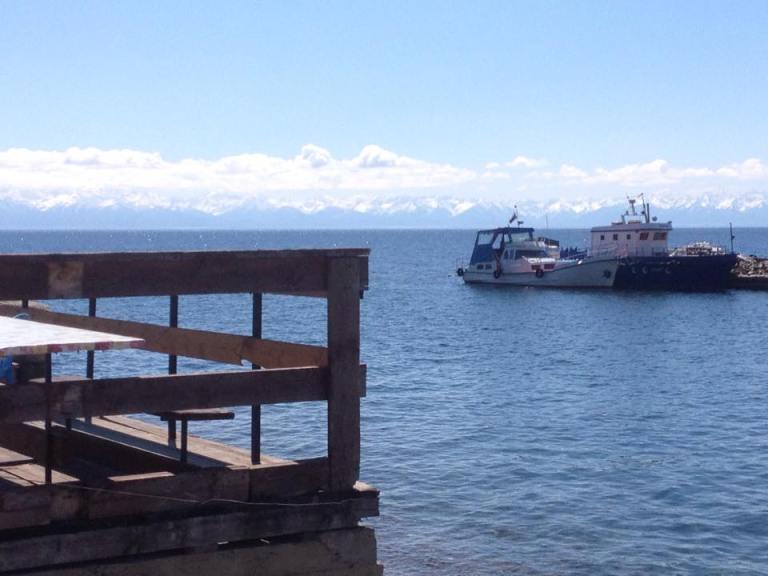 In total we did about 60 km during three days. The first day we have been walking from Listvjaka to Bolshie Koty-about 22km. Bolshie Koty is a very small village, alongside the Baikal Lake with a unique Russian atmosphere. As soon as we arrived there, we found a small shop where we could as well eat something hot. The shop was owned by two Russian women who were quarreling all the time with each other while  trying to help us find some accommodation for the night. Thus, finally those two Russian women called a guy who had a room for us and he was already preparing… BANIA (means Russian sauna) for us! So we had a perfect view on the Baikal Lake from our room, we had BANIA for two hours before going to sleep and all these was just for about 6 euros per person 😉 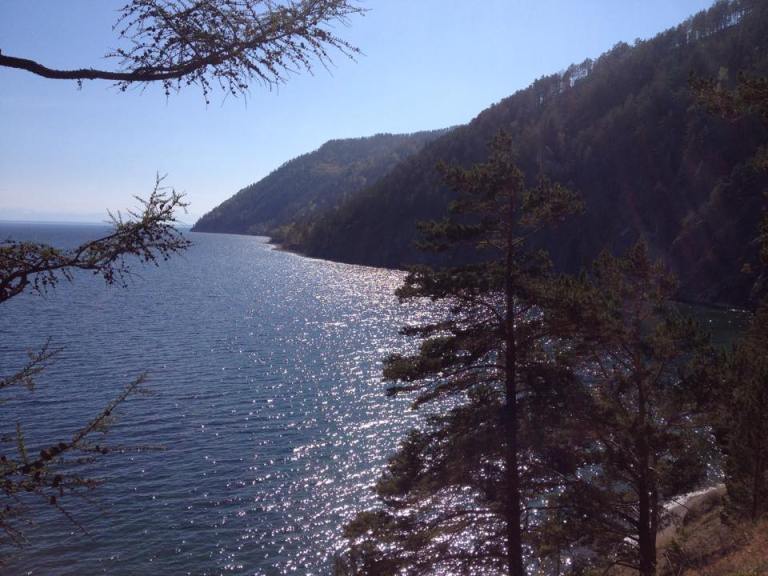 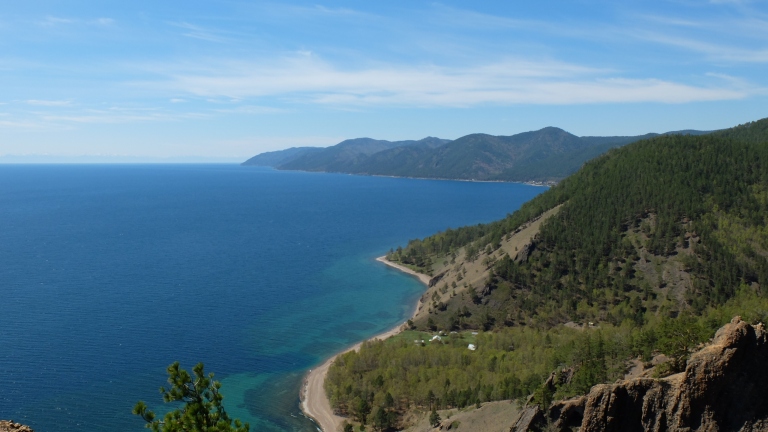 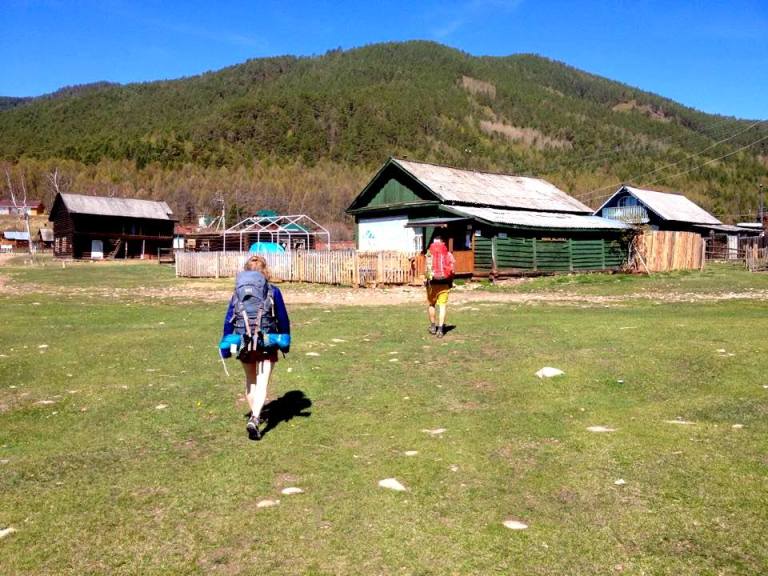 The second day we have been walking about 18 km, during this day we decided to sleep in our tent as the accommodation proposed by Vladimir was too expensive for us. Vladimir was a ranger and he was taking care of a ranger station. His ranger station is beautiful (as you can see from the photos below) however the prices where above our expectations. He also had BANIA but we decided not to use it this time 😉 As it comes to sleeping in the tent…I couldn’t sleep that well as all the time I had the impression that the Siberian bears are coming … 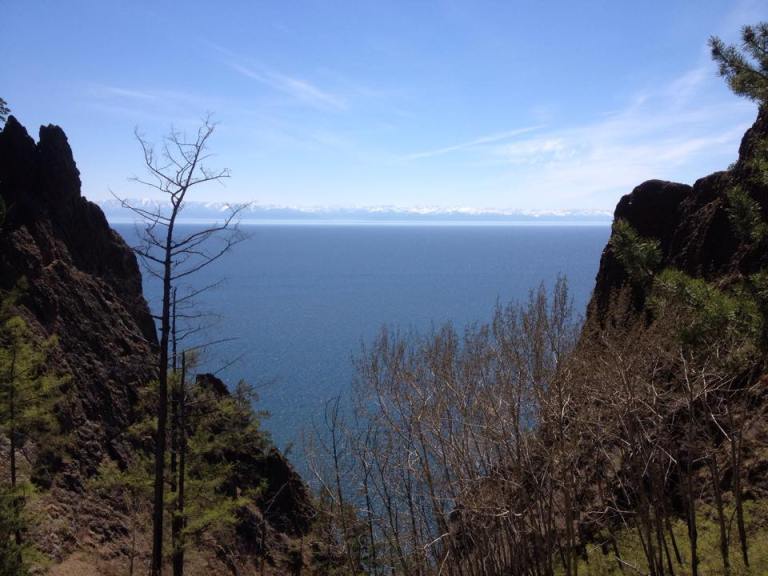 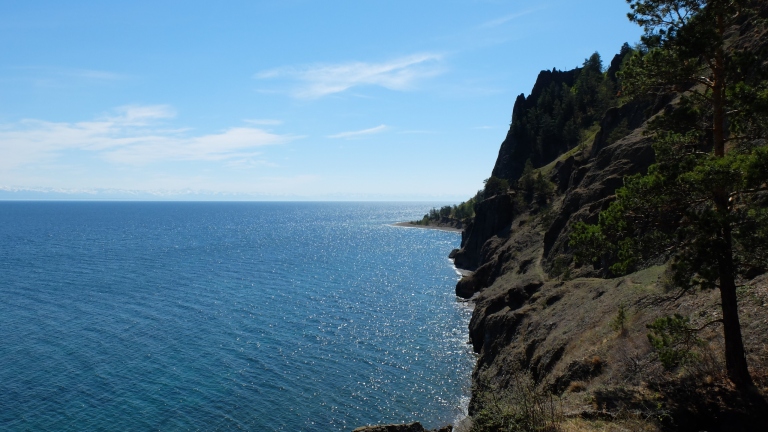 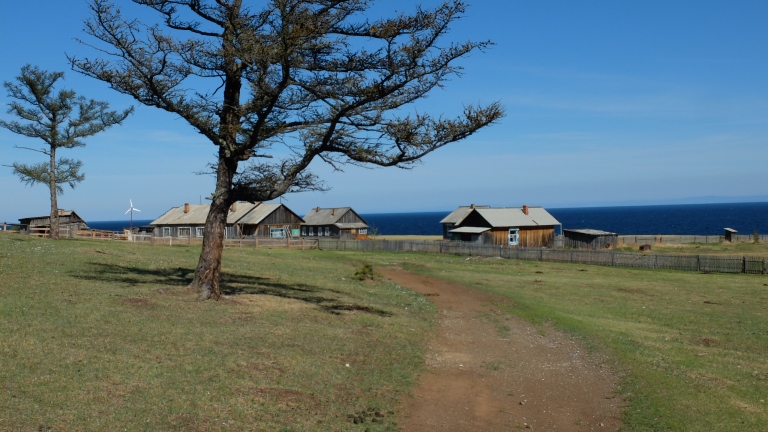 The third day we have been walking as well about 20 km, we reached Goloustnoe village were we slept in very cozy rooms, we had our BANIA as well and our owner made us a delicious, vegetarian soup. As it comes to the level of difficulty of this trekking I have to say that it is a modern one. Mostly all the time is flat, however you have to be careful cause the way is a bit steep and very narrow, also sometimes the path is damaged while it’s quite steep so you have to pay attention.

I have to say that we were very lucky! The weather was just awesome during all three days and we had a perfect view on the mountains on the opposite side of the Baikal Lake. 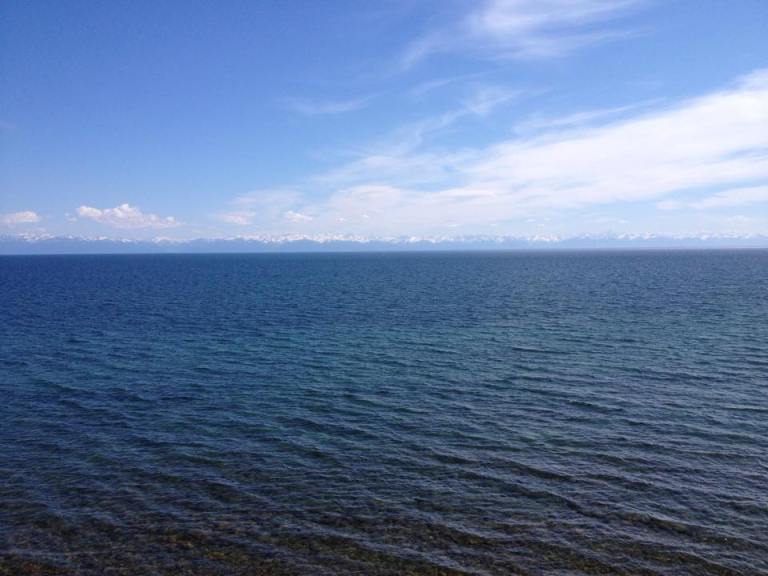 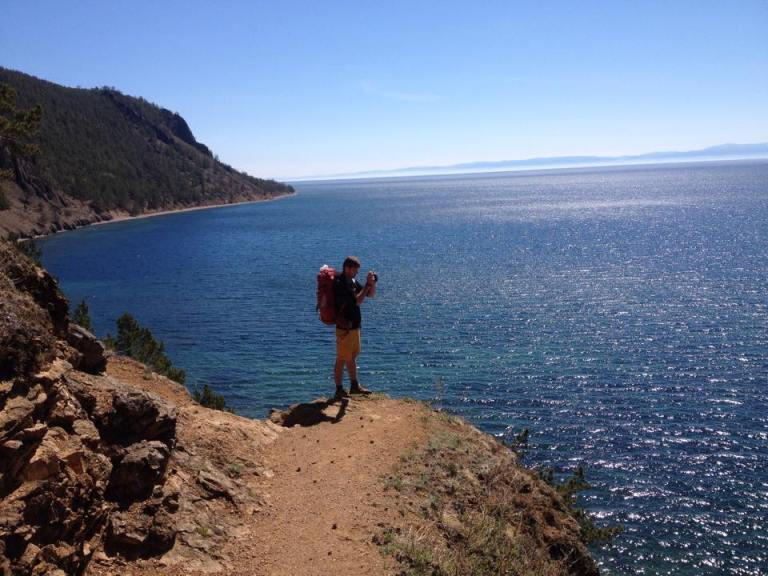 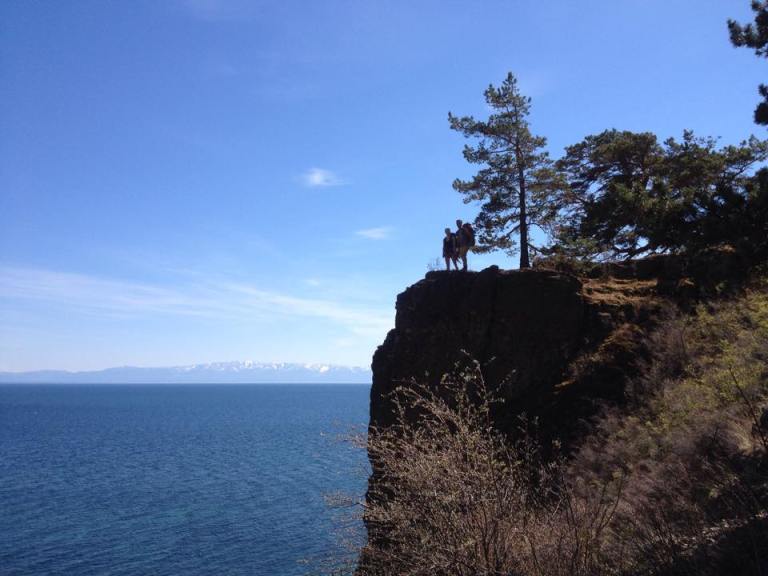 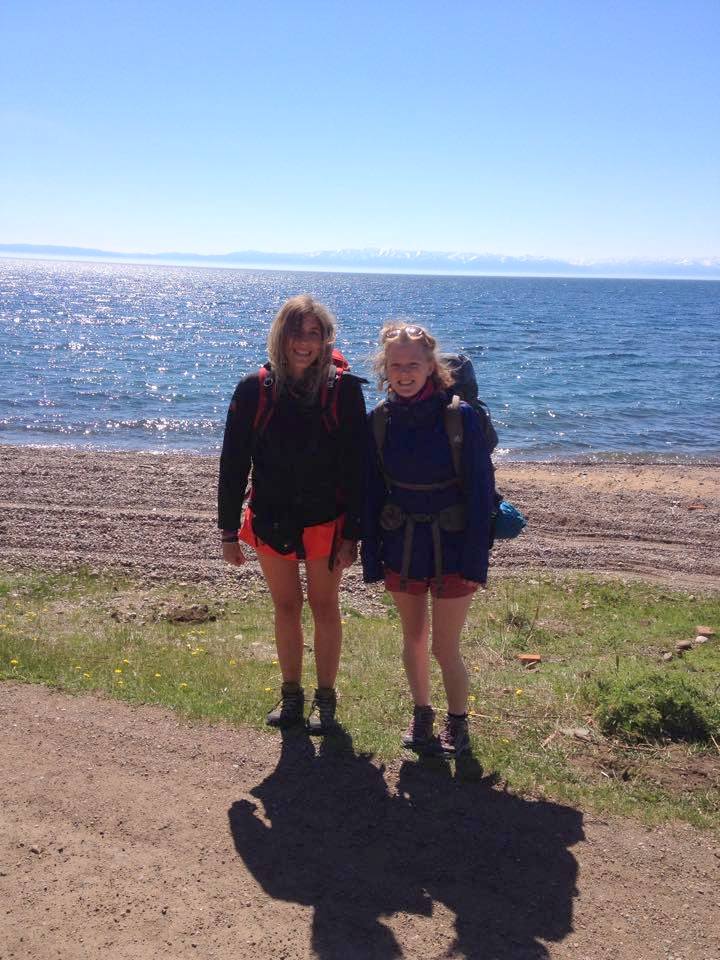 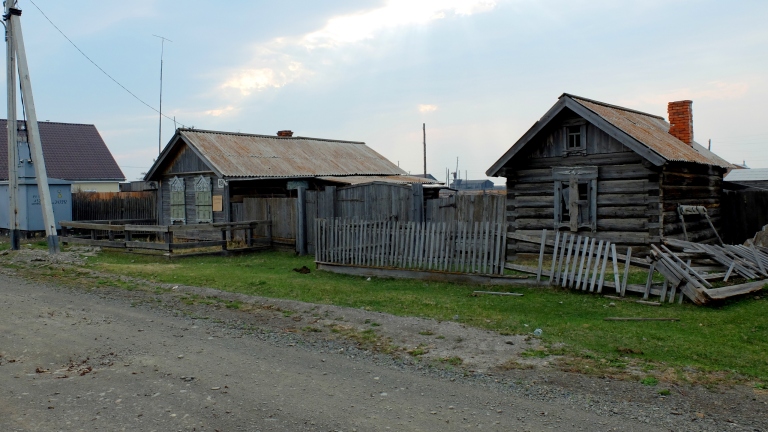